The Gig Experiment is a three piece rock band from São Bernardo Do Campo, Brazil. The band is made up of Matheus Longhi on guitar, Marcus Moraes on bass and Demian Meneses on drums. They produce a surfy blend of instrumental heavy-psychedelic music with stoner-rock influences. Imagine the surfy flow of bands like Satan’s Pilgrims or Snake Mountain Revival, mixed with a light dose of the heavy riffage of Black Sabbath, and you get the idea.

Their new EP, Shark Attack, was released on October 29 and follows a live album called 220V Ao Vivo which is available to listen to in full by following this link to YouTube. With just three tracks on their new EP, Shark Attack is a short but very sweet ride. The guitar, bass, and drums sound raw, stripped down, and dialed in to deliver the grooves for the entire 10 minutes of the EP. It’s available for digital download on Bandcamp.

The first two tracks, Shark Attack and Poucas Ideia, are driving, wah pedal drenched barrel rides. The bass sounds thick and does several octave drops at key moments in the songs that really add to the beefiness. The drums have depth and come through really well in the mix with crashing cymbals and a full snare sound.

The third track, Três, dramatically slows the tempo and adds a vocal melody to the intro. The fuzzy, overdriven guitar really kicks in as well, adding some muscle to the song, hence the Black Sabbath comparison. A nice melodic guitar lead takes over for the vocal melody, and an upbeat outro finishes up the song.

All in all, it’s a very upbeat, catchy EP with some heavy moments. Unfortunately, the EP is very short, but it is definitely worth a listen. Keep an eye out for The Gig Experiment as their future releases should be promising. Make sure to check them out on Bandcamp. Also, find the band on YouTube, Facebook, and Instagram. Thank for reading The Sonic Sofa. Go in peace and rock on, Sofanauts.

Snake Mountain Revival is a three piece heavy-psych band from Virginia Beach, Virginia. They produce a blend of psychedelic and stoner rock with strong elements of surf rock. The Valley of Madness is their new EP. It’s a mature and polished follow up to their debut EP, Snake Mountain Revival, which was released in 2018.

The Valley of Madness was released on October 4. It’s made up of four easy flowing songs filled to the brim with driving guitar riffs and surfy leads. The vocals are melodic and dreamy, with healthy doses of reverb. The bass is chunky, often using phasers and a wah pedal to give it a nice heavy-psych sound. The drums keep things moving forward, often using a tambourine and lots of trashy sounding cymbals (I mean trashy in an especially good way) to produce a rolling, crashing wave sound. The artwork on the album was produced by Ryan Chandler. Both EPs are available digital download for “name your price” on Bandcamp and The Valley of Madness is currently available on translucent purple cassette tape for $6.

The Valley of Madness is a great opener with a swingy, waltzy riff that recalls some of the style of Uncle Acid and the Deadbeats. Don’t miss the creative guitar and bass lead, when the two play off of each other in polyphonic melodies.

Just a Feeling slows things down, with a much softer feel and more pastoral vocals that have a lot in common with the dreamier style of Sleepy Sun. The song has a beautiful blending of melodies between the vocals and guitar.

Water Moccasin returns to a classic surf sound with that characteristic tremolo on the guitar and several tasty guitar leads. The song is instrumental, with the vocals occasionally appearing with wordless melodies in the background. The phasing, chunky bass sounds great paired with the drums which create a tumbling, wave crashing sound that adds to the watery feel of the song.

Everything in Sight is the longest track on the album. The track is driving, with fast proficient drum work and plenty of surfy changeups. The vocals are closer to the style of their first EP, with touches of Jim Morrison’s influence. The song features an extended, heavy psych ending with a tasty double guitar lead and a chunky, fuzzy bass tone.

Both of the bands EPs are available for free on Bandcamp, so make sure to download those today, and consider supporting the band. Also check out Snake Mountain Revival on Facebook as well as Instagram. Thank you for reading The Sonic Sofa. Go in peace and rock on, Sofanauts. 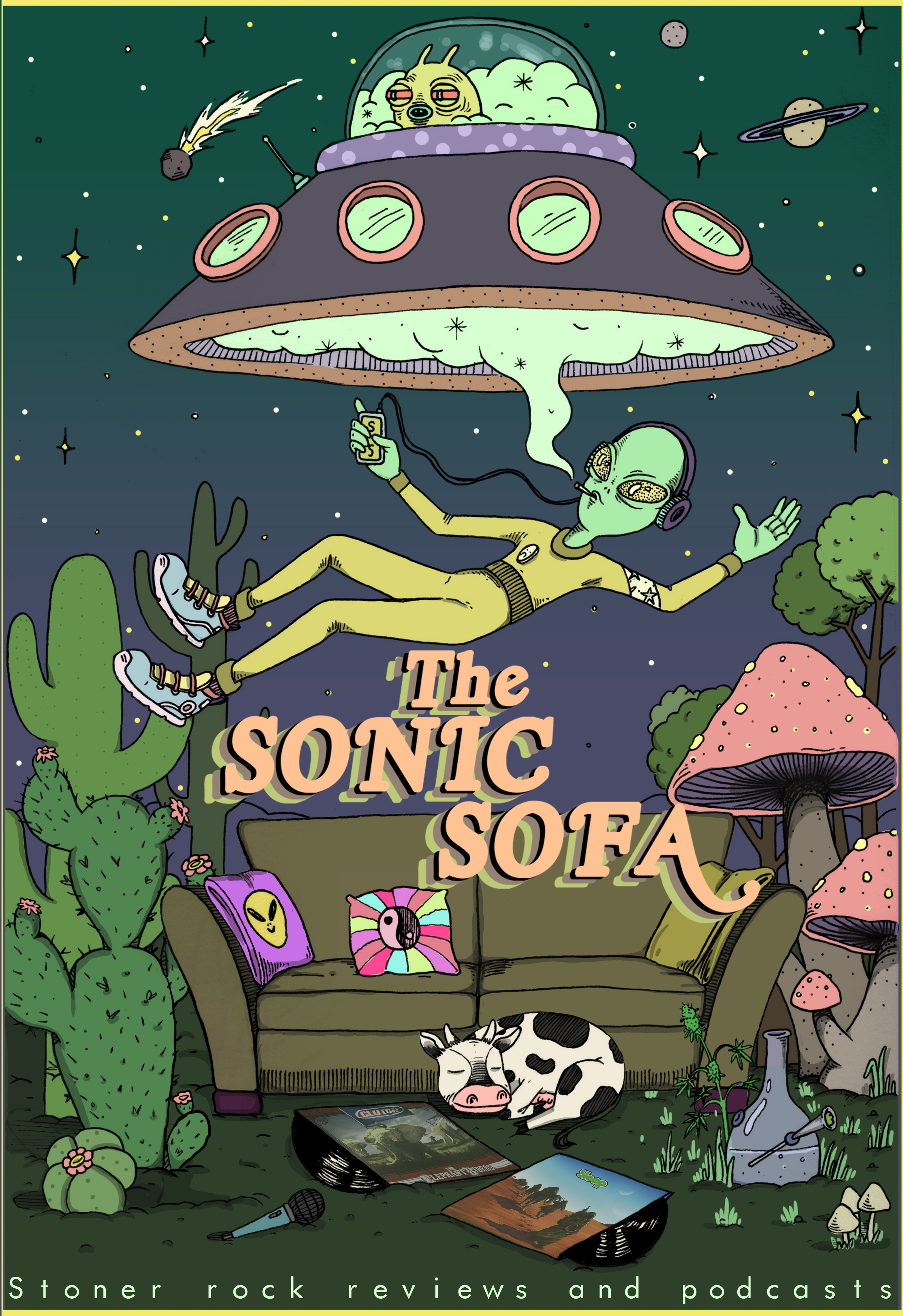 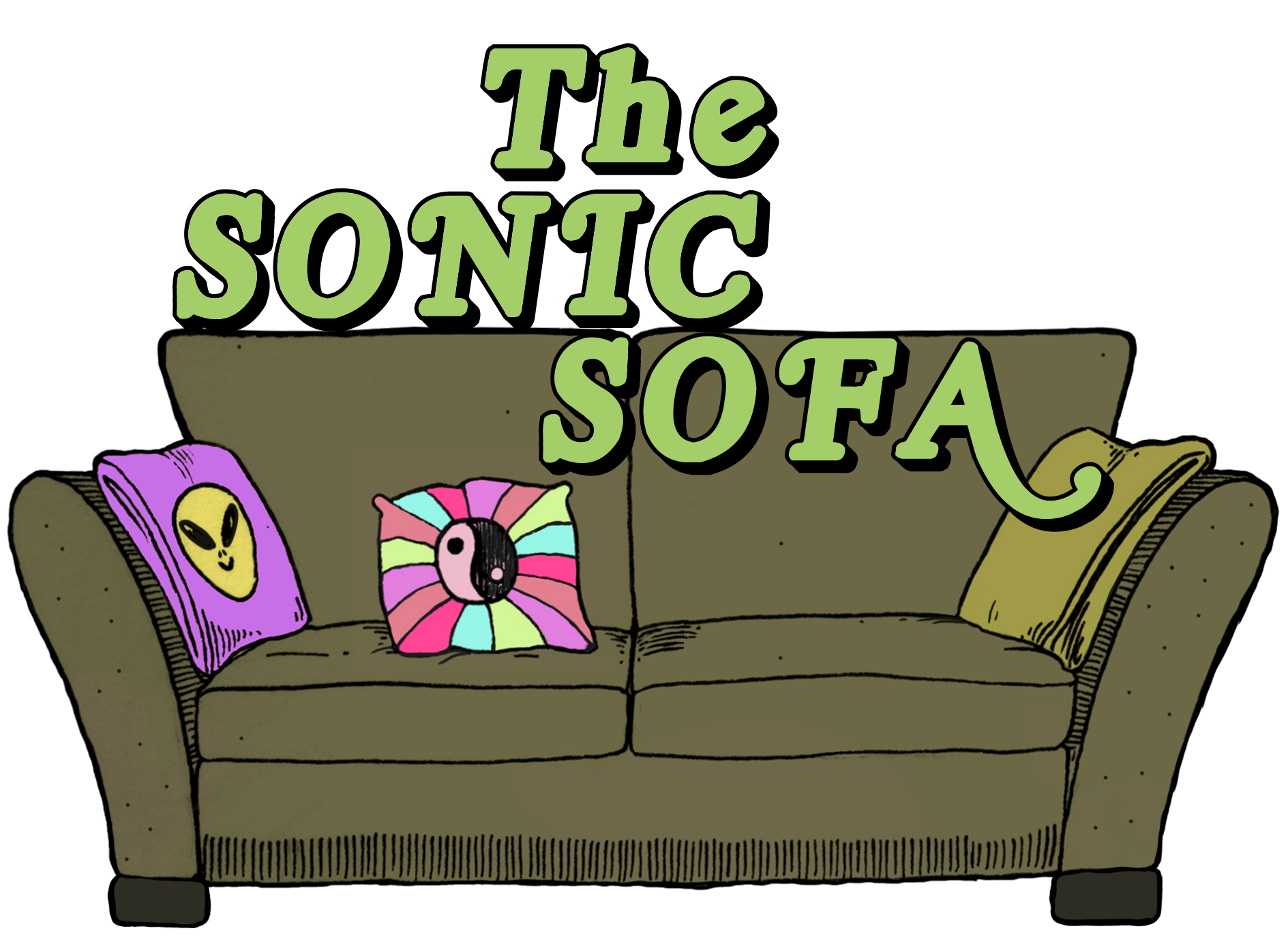